This man reports that the best place to put a fan is about 2 ft from a window, facing the window, and he has numbers on a computer screen to prove it. I have just impulse-purchased an anemometer from Amazon and know how I'll be spending my weekend. — Read the rest

nellipalooza
reply
I’ve observed for years that my most productive work in a day takes about 5 hours. The rest is just spinning neither by me or the team.
Seattle, WA 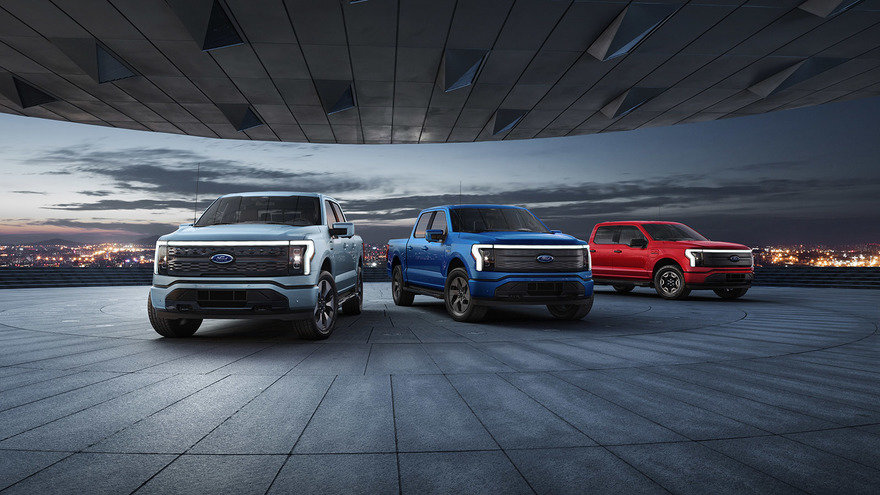 Last night Ford unveiled their electric F-150 Lightning, heralding a major shift for Detroit and, if uptake is what they think it will be, the country. America loves trucks, and trucks burn fossil fuels. For the makers of America's bestselling vehicle (for over 40 years!) to release an electric version demonstrates confidence in the platform, and with it hopes for a future with less exhaust fumes. 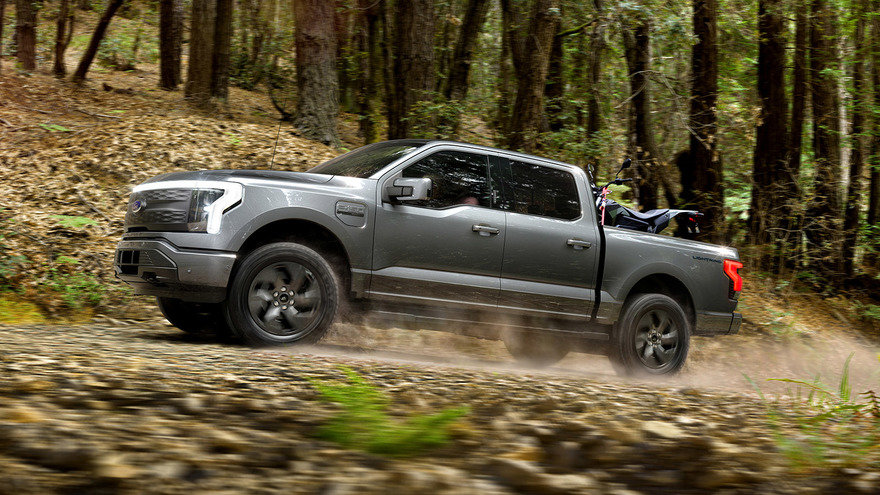 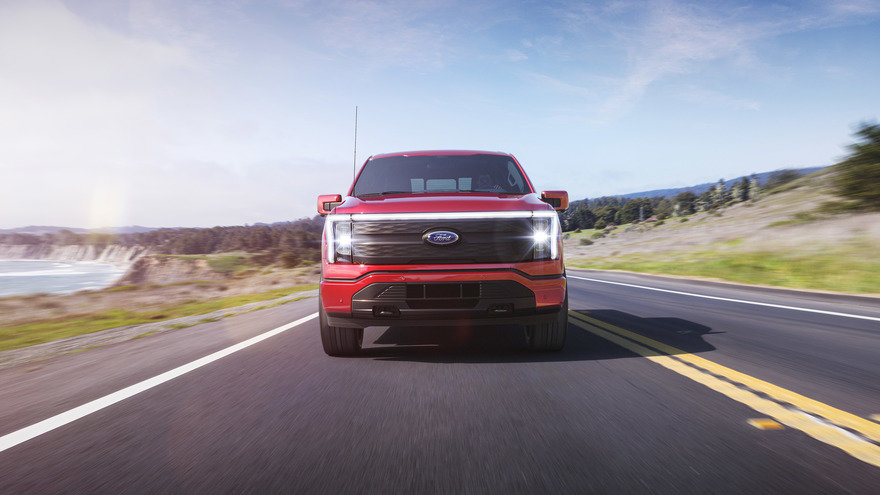 Ford's designers did not have an easy task. Electric pickup startups like Rivian seem to be targeting wealthy Silicon Valley tech execs who can afford a flashy "adventure vehicle" to carry their carbon fiber kayaks to Santa Cruz; Ford must convince their base of contractors, farmers and blue-collar workers that the Lightning is a tough, capable and reliable workhorse that can do what their old F-150 did, but better. 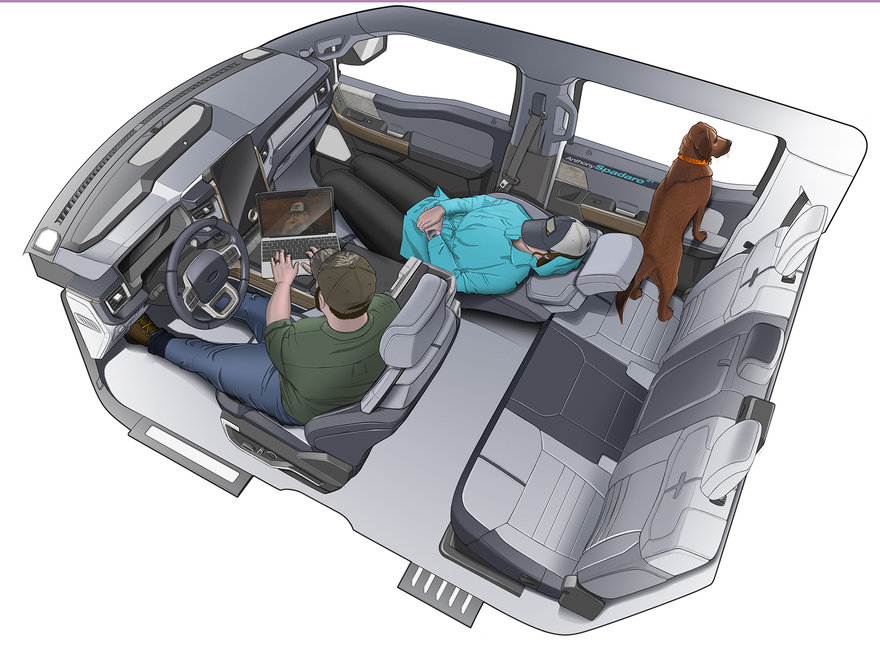 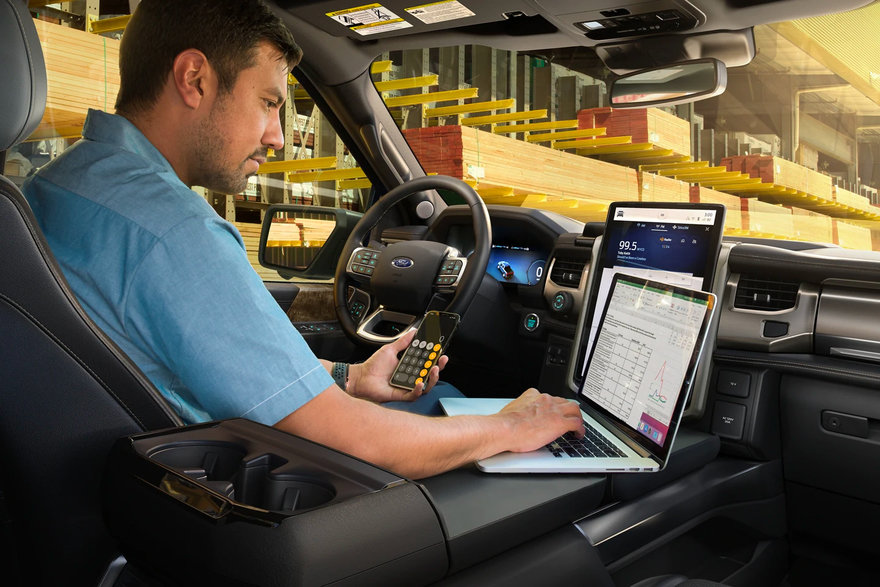 To that end, "It's designed to look like a truck," Ford says, "because that's what it is." Only subtle badging, the uninterrupted light bar across the nose and the newly-styled taillights across the rear give any indication that this isn't an ordinary F-150. This was a wise choice, as was ensuring the 2,000-pound payload rating. 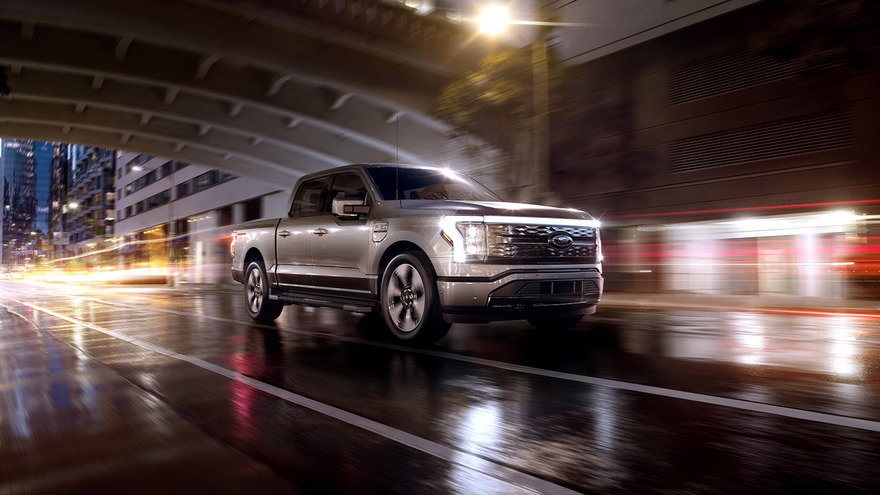 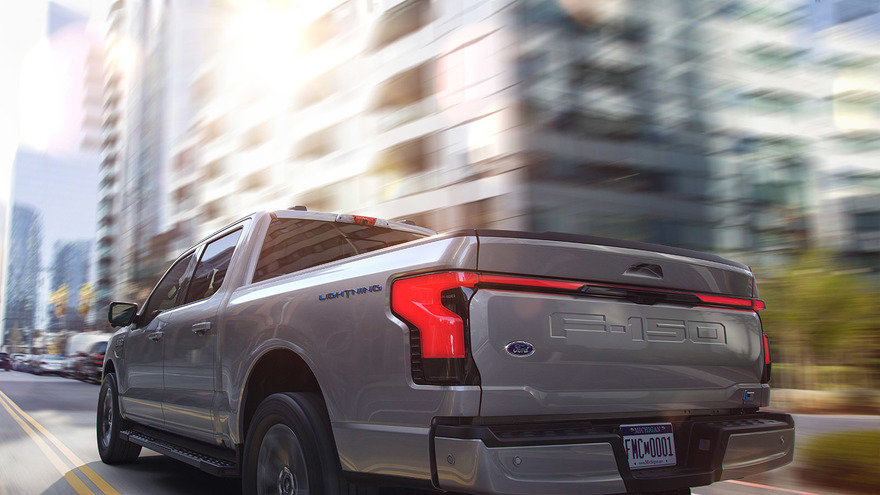 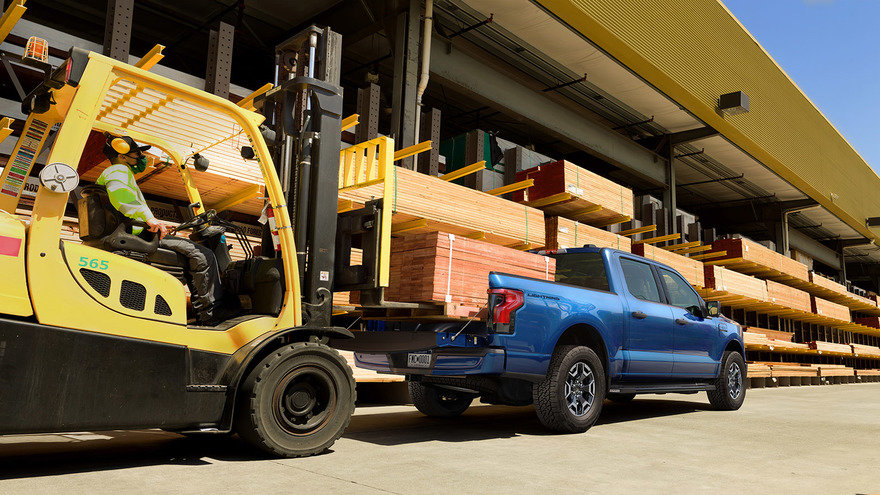 Coupled with the raw power of the electric powertrain, which delivers a stunning 775 lb.-ft. of torque--enough to tow 10,000 pounds--the stats alone might be enough to convince an F-150 traditionalist to switch. 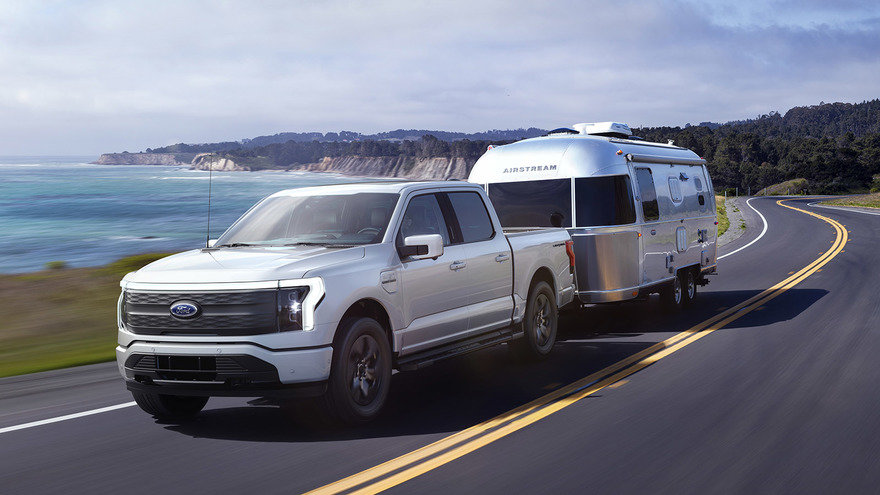 Even still, the designers went further. "Frunk" is already a silly word and Ford didn't make things better by calling theirs a "high-tech Mega Power Frunk," but there's no denying the utility of the Lightning's. It's got a 400-liter capacity and a 400-pound weight capacity. The front lip is bumper height, making it easier to haul heavy things in and out of it. It comes equipped with four electrical outlets providing 2.4 kilowatts--enough to run actual power tools--as well as two USB ports. It's watertight and features a drainhole in the bottom, so you can use the entire thing like a cooler and hose it out if needed. 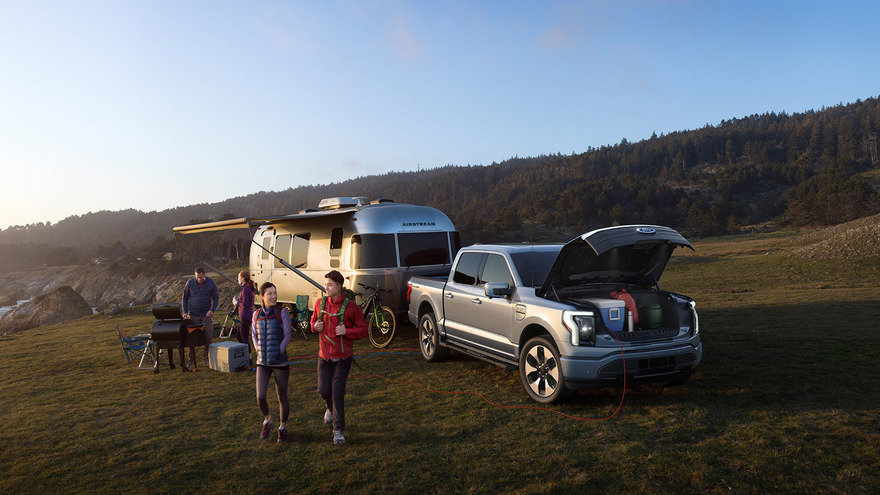 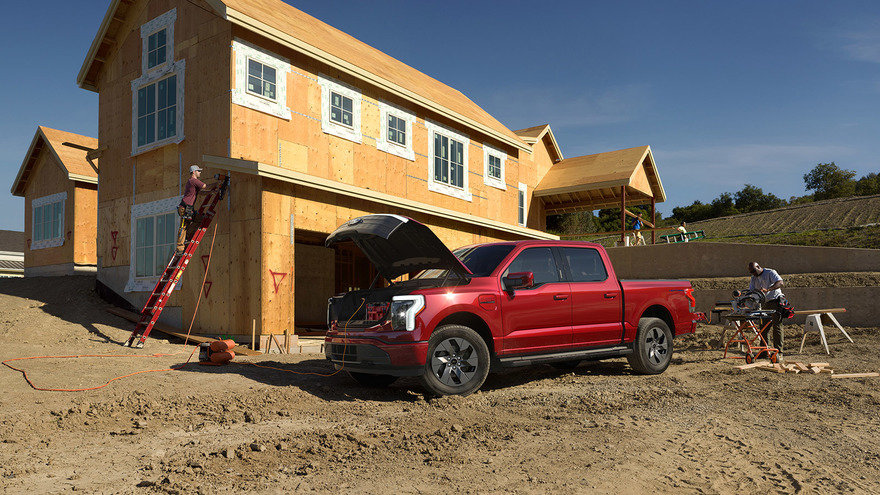 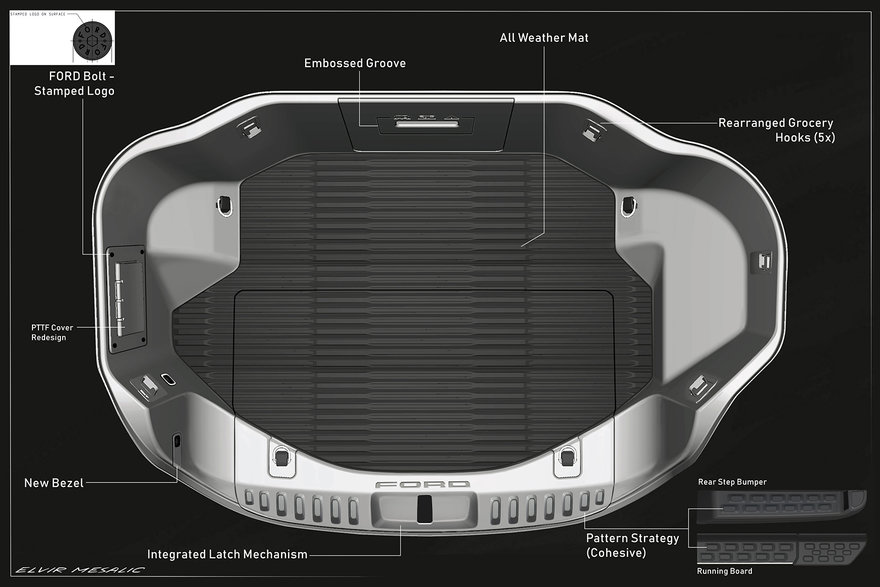 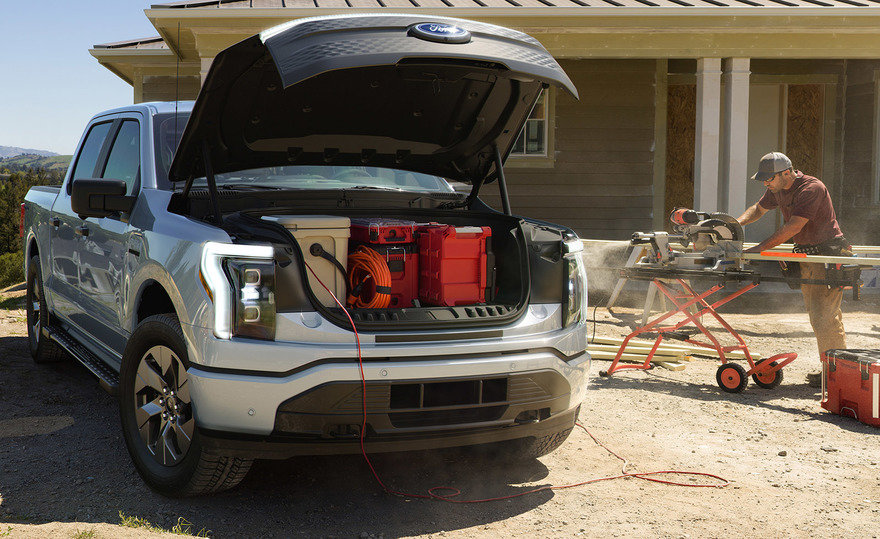 Power can also be extended to the rear, with a 9.6 kilowatt Onboard Pro Power option that adds four more outlets to the bed, as well as a 240V outlet. 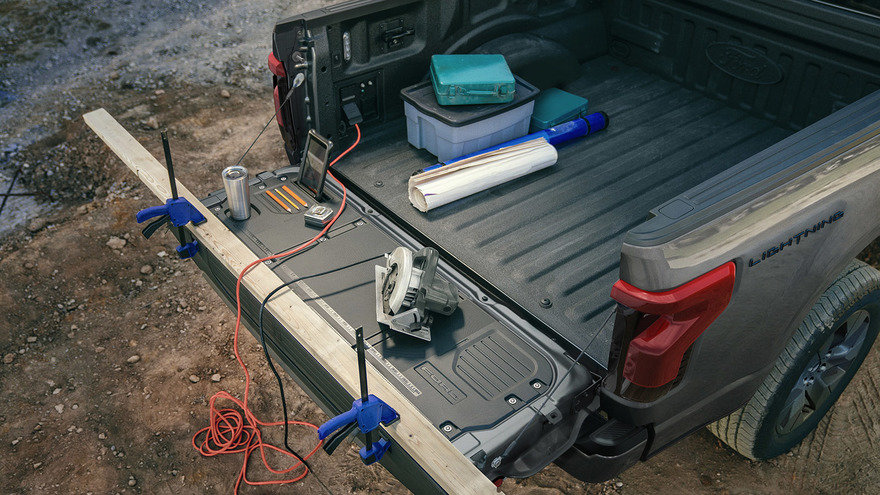 The Lightning of course offers a 360 camera, which as I wrote in our review of the GMC Denali removes the single largest UX hassle of driving a large truck. Parking, squeezing through tight turns while reversing and maneuvering around property obstacles are all a breeze with a 360 camera. 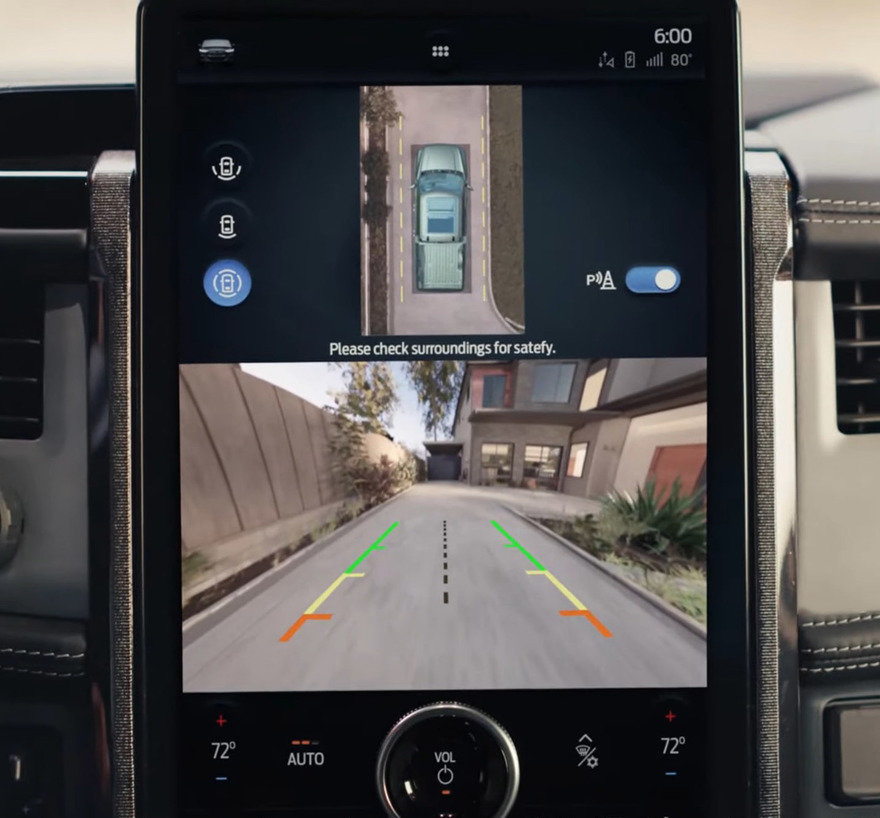 And speaking of 360, the Lightning's got 360-degree lighting around the truck, which should come in handy for working late or when you've dropped something while unloading the truck. 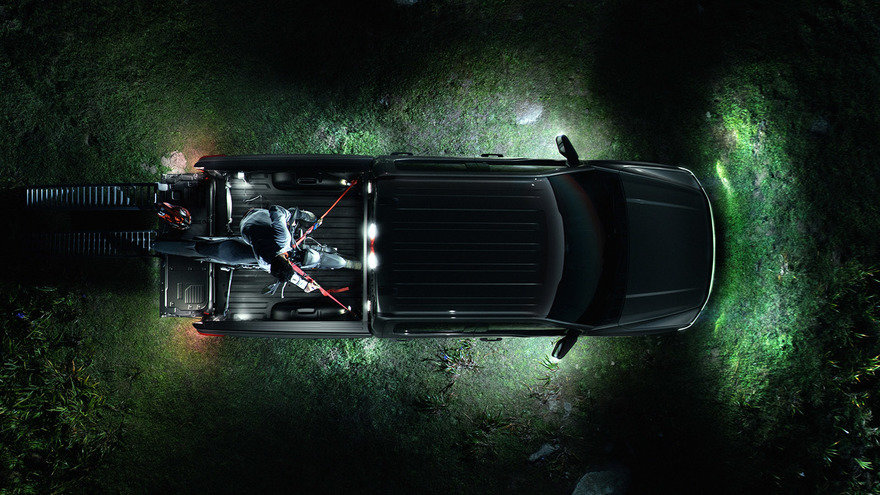 Another neat trick is the sensor-equipped Onboard Scale. This tells you, via the gigantic 12-inch touchscreen on the dash, just how much the cargo you're carrying weighs. This not only helps the system calculate how much actual range you've got left, but lets you ensure you're not exceeding the payload, or prevents you from getting ripped off at the scrap metal yard. 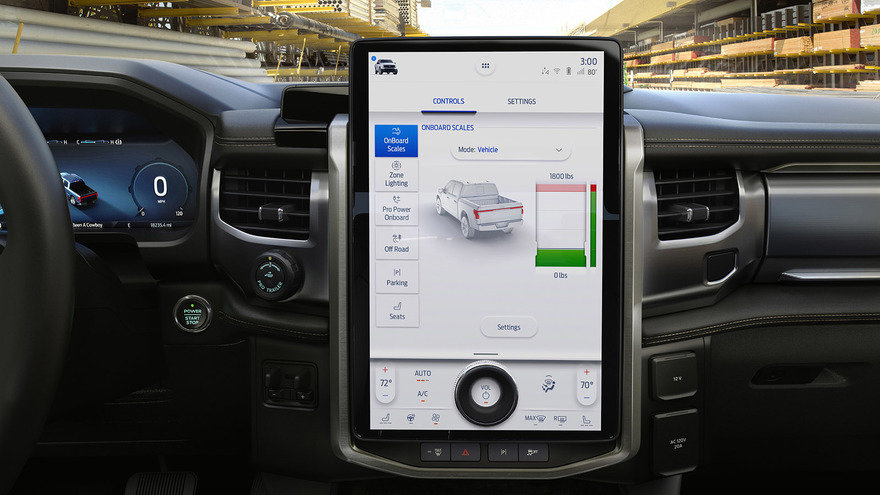 Speaking of range, the base Lightning comes with a battery good for 230 miles on a full charge, with an option to step up to a 300-miler.

And speaking of batteries, that may provide the true killer app for the Lightning, the one that makes people eager to get one. It was not lost on Ford when they unwittingly made national news for being the brand of truck used to power people's homes during the blackouts in Texas earlier this year. Ford is thus heavily advertising the abilities of the Lightning to act as a backup generator for your entire home. When it's plugged in to Ford's 80-amp charger and the lights go out, the Lightning can be set (automatically or manually) to start pumping juice the other way. Ford reckons at full charge it can power the average home for three days, or up to 10 if you ration. For those living along the Gulf Coast, Tornado Alley, Michigan or other blackout-prone areas, this feature may prove irresistible. 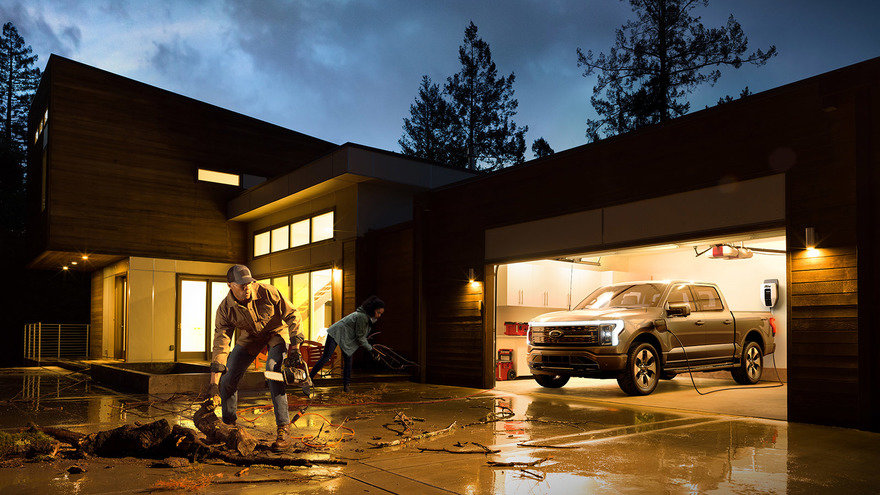 If you qualify for the maximum federal tax credit for purchasing an electric vehicle of $7,500, you'd be looking at 32 grand and change for a Lightning work truck. All things considered, that's startlingly cheap, though you'd undoubtedly be ditching the fancier options. (How many things are in that $50,000 gulf between the base and the maxed-out?)

The Cybertruck, which we haven't heard much about recently, is supposedly going to sell for around $40,000. But I can't imagine many contractors, farmers et cetera choosing the Tesla over the Ford. And I have to think that mass-market Ford has more power to change the minds of the average consumer.

The Lightning is scheduled to roll out in 2022. 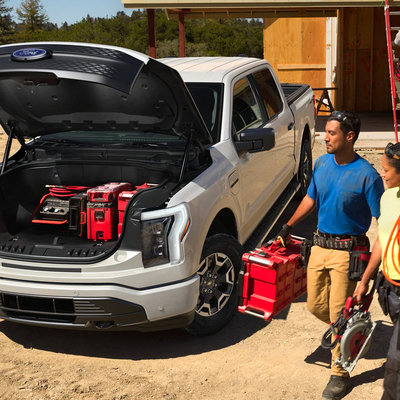 DexX
reply
I have never in my entire life wanted a Ford F-150, but this thing sounds PHENOMENAL. As long as the build quality and reliability are up to scratch, this truck will literally change how Americans view electric vehicles.
Melbourne, Australia

Wrongheaded thinking about remote work and how teams can optimize for hybrid by Keith Ferrazzi
Wednesday May 26th, 2021 at 1:54 AM

Virtual teams are the future of the workplace, writes Keith Ferrazzi, but they must reboot to incorporate asynchronous collaboration.

As we move into this new paradigm of business post-pandemic, the hybrid workforce—where some team members work remote and some from the office—is our new reality. Yet today’s thinking about remote work is full of wrongheadedness and failed use cases rather than best practice.

The Remarkable Story Of George Washington Bush, The Free Black Man Who Pioneered The Pacific Northwest by Kaleena Fraga
Wednesday May 26th, 2021 at 12:33 AM

Tired of racism in Missouri, George Washington Bush decided to explore the American frontier. And in 1844, he became the first Black man to settle in Washington Territory.

The post The Remarkable Story Of George Washington Bush, The Free Black Man Who Pioneered The Pacific Northwest appeared first on All That's Interesting. 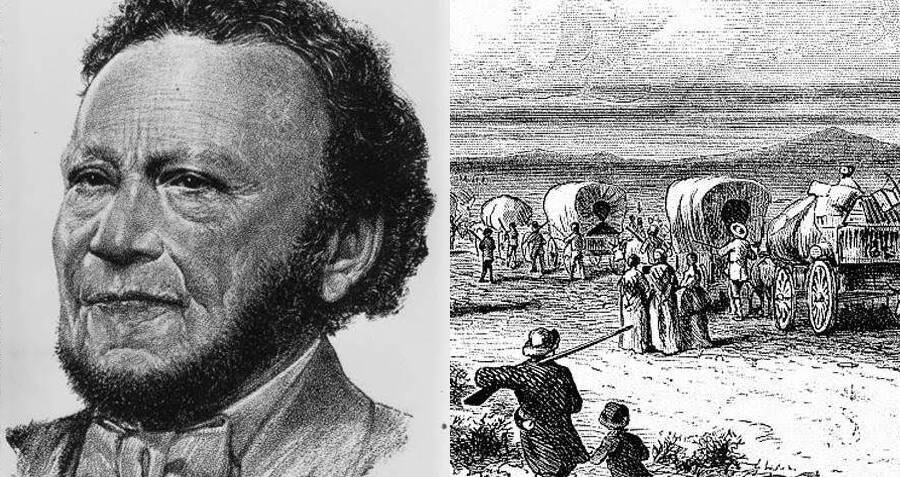